Randy has been working as a character designer and illustrator for several years from his home in Eastern Idaho, where he lives with his beautiful wife and four children. His work has been featured in numerous books, magazine covers, graphic novels, video game cinematics and trailers, television shows, and feature films.

In addition to the work he does for clients, Randy has several personal projects he’s pursuing and looks forward to the opportunity to share them with the world. He has a passion for storytelling and believes in the power it has to affect the way we think and act as human beings. He looks forward to a long and exciting career as an artist and storyteller. 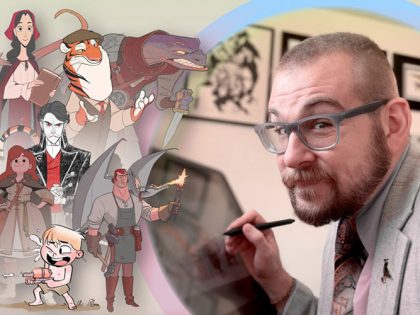