What is Manga? A Guide to Japanese Comic Books 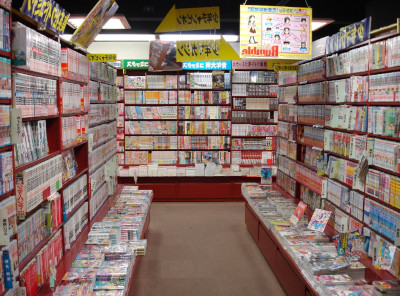 Manga is a form of Japanese art that has taken the world by storm. Manga’s unique visual style and ability to tell stories in an artistically sophisticated way made it one of the most popular forms of storytelling today.

In this blog post, we’ll take a closer look at what manga is, its history, and the various demographics of manga. We’ll also provide information on how to become a manga artist.

So, whether you’re interested in becoming a manga artist or want to learn more about manga culture, there’s something for everyone here!

Manga is the form of comic books and graphic novels that originated in Japan. The word manga comes from two Japanese words: “man,” which means “whimsical or impromptu,” and “ga,” which translates to “pictures.”

In Japan, the term manga refers to both comics and cartoons. However, outside Japan, it widely refers to comics originally published in Japan.

Manga stories are usually written in black and white, making it easier for readers to process the amount of content without distraction. However, some full-color special releases do exist.

Manga is typically released in chapters published weekly or monthly and then serialized in large manga magazines. Collectively, these manga chapters are published together as tankōbon volumes, often paperback books that can be bought in bookstores or manga stores.

Manga is closely associated with Japan’s culture and society and covers a wide range of topics such as romance, sports, science fiction, fantasy, horror, and more.

Manga was primarily aimed at a Japanese audience. However, manga has grown increasingly popular in western countries due to its unique art style and captivating storylines.

It continues to evolve, incorporating new themes and ideas, allowing manga readers to explore the various aspects of Japanese culture.

Manga has a long and rich history, with evidence of the art form dating back to scrolls from the 12th and 13th centuries.

During the Edo period (1603-1867), Toba Ehon was released, and the concept of manga began to take shape.

The term “manga” became popular in the late 18th century, marked by the publication of works such as Santō Kyōden’s picture book Shiji no yukikai.

In the early 19th century, two Manga books were released – Aikawa Minwa’s Manga hyakujo and Hokusai. These books featured a variety of drawings from the sketchbooks of renowned ukiyo-e artist, Hokusai, who lived from 1760–1849.

When Rakuten Kitazawa published his work in 1876, manga became widely recognized in its current form.

Manga began to take off after World War II when Japan opened itself up to U.S. influence, and Japanese society experienced increased artistic creativity.

Later it gained a global following due to its incorporation into anime series such as Akira Toriyama’s Dragon Ball Z and Hayao Miyazaki’s My Neighbor Totoro.

Additionally, these works brought a greater awareness of Japanese culture abroad, leading many non-Japanese readers to become fans of these stories.

Manga is a diverse form of entertainment, with stories suited for all age groups and genders. Whether you’re looking for drama or adventure, manga provides it all.

Depending on its content, manga can be divided into three main demographics. These demographics are Shonen, Shoujo, and Kodomomuke manga.

The shonen manga genre is aimed at boys aged 10-18, with stories focusing on adventure, friendship, and battles. The covers of these mangas typically feature male protagonists in a dynamic action pose.

Shonen manga stories often have an element of comedy and tend to feature many action sequences. Sometimes they also feature coming-of-age camaraderie between characters.

These manga stories often feature an idealized romance between protagonists and coming-of-age themes.

While not as action-packed as shonen manga, shojo manga covers tend to be decorated with pretty pinks, flowers, or other adorable images, reflecting the manga’s focus on emotion and drama.

The art style of Kodomomuke manga is usually quite bright and colorful, featuring cute characters and comic illustrations to make the manga enjoyable to read.

Around 40% of the French comic book market is occupied by Japanese manga, and 70% of comics sold in Germany are manga titles too.

Manga’s popularity has also seen a steady uptick in the United States. This is especially impressive compared to Japanese animation or video games, which have become more mainstream and widely accepted in U.S. culture.

Viz Media is one example of a large U.S. publisher that affiliates with Japanese publishers like Shogakukan and Shueisha to bring their material to audiences in America.

While there are fewer manga publishers in Britain than in America, most titles available come from US-based companies such as Viz Media and Kodansha Comics.

One major factor driving this growth is the expansion of digital platforms such as Amazon Kindle and Comixology. These platforms made it easier for fans to access manga worldwide.

According to the All Japan Magazin, Book Publisher’s and Editor’s Association (AJPEA), Japan’s manga industry earned around US$5.77 billion (612.6 billion yen) in 2020.

After experiencing a peak in the 1990s, manga is returning to its previous levels of success.

How to Become a Manga Artist

Becoming a manga artist, or “mangaka” as they are known in Japan, is an exciting career path for aspiring artists. To succeed in this field, one should possess skills and traits like creativity and artistic talent. They should also understand design principles and fundamentals of drawing.

Mangaka should be able to create unique and engaging stories with strong characters, dynamic settings, and captivating storylines. They need to be able to draw manga figures, backgrounds, and other elements in a consistent style.

Aspiring mangakas should read multiple mangas to understand and get familiarised with various manga styles and genres. This will help them to come up with unique manga stories and characters.

Manga artists should practice sketching manga figures, background elements, and other manga-related drawings. They can use tutorials or books on manga drawing techniques to do this.

It is also essential for manga artists to network with editors or other manga artists. This will help them build connections, improve their skills and create better opportunities for themselves.

Working on one’s own manga stories and creating a portfolio of artwork can also be beneficial in showcasing their skills to potential publishers or magazines.

Dedication and hard work are essential to become a successful manga artist in Japan or abroad.

What is the difference between anime and manga?

Manga and anime are often used interchangeably but refer to different media types.

Manga is the term given to Japanese comics and graphic novels that contain a narrative sequence. It is created by the mangaka, which illustrates the stories and plotlines.

On the other hand, anime refers to Japanese animation. Anime is typically produced in a team effort and involves writers, directors, composers, voice actors, and animators.

Manga and anime share similar visual sensibilities, as they can be hand-drawn or computer-animated.

Ultimately, manga and anime are two separate forms of storytelling media with distinct origins and production processes. Both genres have become increasingly popular worldwide, and manga and anime fans alike can appreciate the unique stories and artwork each offers.

What is the most popular genre of manga?

Adventure manga is one of the most popular genres in manga. Manga is often associated with manga targeted at boys, but everyone widely reads it.

Adventure manga follows a protagonist’s journey as they face off against villains and defeat obstacles. Examples of this genre include Dragon Ball, Naruto, and One Piece.

What is a Korean manga called?

A Korean manga is called ‘manhwa.’ It is used for comics and print cartoons in Korea, similar to manga in Japan and ‘manhua’ in China.

Manhwa has many of the same themes as manga, with stories around action, romance, comedy, fantasy, and more.

Popular manhwa series include Noblesse, Girls of the Wild, and Tower of God.

Manhwa has also recently seen a surge in popularity, with manga fans looking for new and exciting stories. Fans have responded positively to manhwa’s unique art style and storytelling approach.

What is the difference between Japanese manga and American comics?

The main difference between Japanese manga and American comic books is the artwork. Manga typically has simple, angular drawings with small details and thin lines that evoke an atmosphere of simplicity and subdued emotion. Manga is usually printed in black and white.

On the other hand, American comics are often drawn in a more detailed and realistic style, making them visually striking but also very busy. They usually contain full-color artwork.

Manga also contains fewer words than American comics and relies more on visual storytelling. This means that manga often has a faster pace than American comic books. Japanese manga is read from right to left, which can confuse those unfamiliar with manga.

Overall, Japanese manga comics and American comics offer very different reading experiences, but both are entertaining and enjoyable in their own ways.

How to read manga?

Reading manga is different from reading traditional Western comics. In the manga, the stories are read from right to left and from top to bottom.

Manga is often incredibly fast-paced and action-packed, so it can be easy to get lost if you’re not used to reading them. But once you get the hang of it, reading manga can be a lot of fun.

That’s it. Now you know the basics of manga, from what it is to how to become a manga artist.

There are various genres and styles of manga available for fans to explore, so why not give them a try?

Whether you’re an experienced fan or just starting out, these Japanese comics can provide a unique and entertaining experience.

21 Draw is the perfect platform to get started if you want to become a manga creator.

Our course, “Draw a Manga Character from Scratch,” will help you create stunning manga characters. You can also learn the basics of anatomy with our “Fundamentals of Drawing” course, which will help you draw expressive and accurate characters.

If you’re looking to take your drawing skills to the next level, you can get guidance from Tony Bancroft in the course “Drawing Character Poses with Personality.”

You can also check out our entire collection of online drawing courses to further enhance your drawing skills.